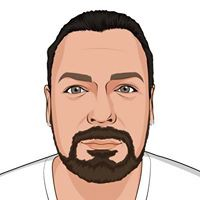 Purveyor of large sailfish and the occasional yellow belly batch for a good meal. Internet marketer that splits time between the Motor City and Los Cabos, Mexico. (By the way- you should jig for squid in the Pacific, they are an amazing fight and meal!)

An 18 year old tradition, the Michigan-Ontario Muskie Club (MOMC) along with the Grosse Pointe Yacht Club and Detroit Athletic Club continues the annual participation in the Special Olympics Muskie tournament raising money for the Grosse Pointe / Harper Wood Chapter of Special Olympics. Organizations like the Detroit Athletic Club, Detroit and Grosse Pointe Yacht Club along with other companies and individuals donate to fish aboard 47 different muskie boats during the one day and is a 100% Catch & Release …

Fall time is when Walleye take off to open waters due to the rising levels of sulfur from decaying weeds. This is a perfect opportunity to fish Walleye.

Navionics, the world leader in electronic navigation. Navionics has anglers covered in the hard water season up North. While some anglers put away their boats for the end of open water season many continue on fishing once the water freezes over. GPS units handheld or mounted to snowmobiles and ATV’s are becoming a mainstay so why not take advantage of the same mapping that you use during the open water season! Let Navionics HD Mapping take you to the structure …

Ever wonder how those awesome YouTube videos are captured of that Marlin fight that shows the back of the boat, angler and fish jumping? If you have been under a rock for the past few years then you have not yet experienced the “awesomeness” of a GoPro video camera.

Walleye have the reputation to be short strikers. Most fishermen do not give them the opportunity to take and eat the bait. Since they are not tentative eaters they will likely hit the bait without getting hooked. What to do? You have to understand how a walleye eats. Sometimes they approach and flare their gills to get a sniff of the water around the bait. If this is the approach and they get an interruption of water in the gills …